I’m totally on edge. I can’t concentrate on anything. I’ve been pacing the floor. I can’t eat. I’m going to be up all night watching results from the presidential election in the US. Does this make me weird? Probably. But as some people love football or F1, I love elections.

And this is the best election yet. It’s bigger than 1997. It’s been exciting and dramatic from its start more than a year ago. And now it’s polling day and I’m scared. When push comes to shove I actually believe the drivel that politicians rattle out: there IS only one poll that counts. All that matters are the votes that the people cast on polling day.

It’s really humbling to see the American people coming out in such numbers. I love the pictures of the lines around the block. It’s truly awesome (in the proper sense of the word: inspiring awe). I can feel my faith in America gradually regathering itself. I adore America, and love and respect what it stands for and that’s why these past eight years have been so tough: America seemed to have lost the nobility of purpose that made it so great. It became, in a sense, unamerican.

Here’s hoping it’s Obama. But that huge turnout makes it tougher to call. The opinion polls could easily be wrong. There are some really scary stories about glitches (and that seems like gentle way of describing it) in the electoral processes. I’ve been running different scenarios on www.270towin.com. If push comes to shove I’ll be colouring in my own electoral college map with the right result and pretend that it never went wrong. 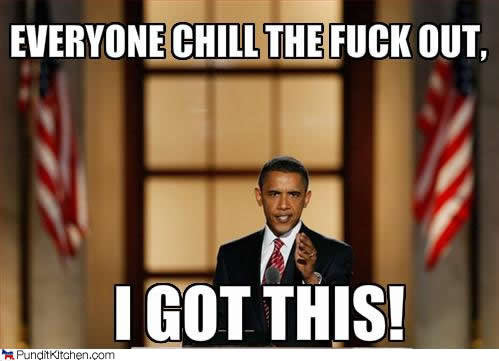