You can judge a man by the company he keeps. So what is Raymond Blanc, distinguished chef and successful businessman, doing in The Restaurant with the grating and graceless Sarah Willingham? 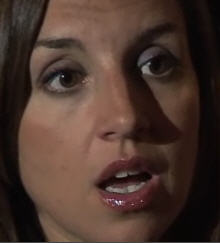 I have previous with Willingham. It dates back a few years to the time she became Managing Director of the once great South London provider of takeaway curry: The Bombay Bicycle Club. When I lived in Putney, Hammersmith and then Battersea, it was something of a love affair for me. I couldn’t get enough of the ‘BBC’s’ majestic murgh dhansak ramro, the glorious onion bhajis or any one of a dozen fine and flawless dishes. I waxed lyrical, praised them, promoted them: I was not just a happy customer, I was an ecstatic one. I was spreading the joy. I’d tell people: you cannot do better.

And then Willingham took over in a self-confessed, ambitious landgrab with the aim of expansion. Within months, standards started to slip. The once super-prompt delivery became almost-late, perfect curries became merely pretty good and they started sending less generous portions of inferior of mango chutney. On more than one occasion they claimed to have run out of pilau rice and I think an Indian takeaway actually has to try pretty damn hard to do that.

I stuck with the Bombay Bicycle Club for a while, ordered less frequently, but my passion was dulled. It died completely when one day they sent a stone cold meal. I emailed Willingham (her email address was on the back of the menu) and she didn’t respond. I never phoned for food again.

So when I see the unspeakable Willingham on The Restaurant sneering and criticising the (admittedly sometimes hopeless) hopefuls, I get a bit angry. This is the woman who destroyed one of the few brands and restaurants I have ever truly loved. She simply doesn’t deserve to be in a position where she’s passing judgment on others: physician, heal thyself.

She is the worst type of unimaginative, cost-cutting, ‘process first’ MBA who thinks that paying customers won’t notice the penny-pinching and are willing to settle for less. Like the wife-beater, she thinks we’ll stay because there’s nowhere else to go. The balance sheet looked healthier, it’s reported, and she’s sold her shares in the business. Good for her. But she chose mediocrity over excellence. On her business plans ‘customer loyalty’ is probably a ‘nice to have’. I don’t think that’s the Raymond Blanc way and it isn’t sound advice for a budding restaurant owner.

Almost certainly related to the Tardis in Powis Square.

"Grants to support businesses as they reopen after lockdown were started on 1 April but many businesses are still waiting for their money."

A probably slightly too nerdy look at voting patterns in Eurovision. https://www.rte.ie/brainstorm/2021/0517/1222031-eurovision-voting-patterns-ireland/

"The UK, for instance, said it proposes to issue guidance by the end of this month on the long-term arrangements for business-to-consumer parcel deliveries from Great Britain to Northern Ireland." Potential ecommerce impact for eBay and Amazon et al. https://www.bbc.com/news/uk-northern-ireland-57133682.amp