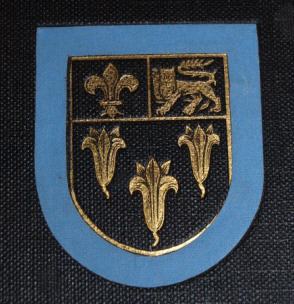 When Alec Douglas-Home died in 1995, I remember asking one of my teachers whether he thought there would ever again be a Prime Minister who’d been schooled at Eton.

I paraphrase his reply, but it was unequivocal, slightly venomous and laced with regret. “Never again. John Major and his “classless society” nonsense has seen to that.”

It was exactly the notion of a classless society that meant it could happen again, I argued back. After all, Tony Blair (Labour leader at the time) was a public schoolboy, class politics was on the wane and that meant an Old Etonian (OE) could be Prime Minister. Mischievously, I added that an OE PM need not necessarily be Conservative.

I do remember his withering look and the finality of his response keenly. “Normal public schoolboys perhaps. But not Etonians. Eton is a dirty word. A four letter word. Home was the last.”

It’s probably worth noting that when I had this discussion I was an Eton schoolboy replete with black tailcoat and starched collar. I was (as I indeed remain) a fully paid up member of the Labour party and in a subsequent post I might talk about how a this state comprehensive schoolboy from Brighton ended up at Eton if anyone is particularly interested.

I tittered at Gordon Brown’s recent comment at during Prime Minister’s Question time that David Cameron’s tax policy had been dreamt up “on the playing fields of Eton.” It was funny enough. I wasn’t particularly impressed by Cameron’s response that called it “spiteful”. It was certainly less spiteful a jibe than Tory quips calling former Speaker Martin “Gorbals Mick”. Brown also has the merit of being accurate. Cameron went to Eton. Lord Martin isn’t from the Gorbals.

But what’s surprising is how much coverage Brown’s Eton line generated. For over a week, and even today, it’s still driving comment in the press. A certain rough and tumble is an acceptable aspect of politics. In some senses it’s part of the fun. For Cameron to criticise what he has called “Punch and Judy politics” is like a sewer objecting to shit.

It might be fun, but we don’t learn a lot from it. It was little more than Gordon Brown legitimately pointing out that Tory plans do indeed benefit the rich over the poor. It was also apt in a week when millionaire Old Etonian Zac Goldsmith was criticised for evading tax as a non-dom whilst also seeking election to Parliament.

Equally, the public school jibe doesn’t stand up to much scrutiny. There are plenty of good Labour comrades who went to public school (Attlee, Tony Benn, Blair) and plenty of Tories who didn’t. Not a few Labour figures were OEs, including notably the very great and dogged Tam Dalyell. Attlee’s first Chancellor of the Exchequer in those great reforming Labour governments of 1945-51, Hugh Dalton, went to Eton. (The other two, Cripps and Gaitskell, went to Winchester.)

But I think the Eton jibe was invoking more than just public schools and speaks to the peculiar place Eton holds in the public imagination. As my old beak said (that’s what they call teachers at Eton), it’s a dirty word. It invokes something visceral and reviled. It’s almost a synonym for the ruling class, privilege and aristocracy. It’s not for nothing that the old joke says that Eton should have a sign above the door: “Cabinetmakers to Her Majesty the Queen.” The Queen has worked with 11 PMs. 3 have been old Etonians. 18 in total since Walpole had the school motta ‘Floreat Etona’.

And that’s why Brown’s comment was powerful and potentially effective. It doesn’t do anything for talking up Labour’s achievements but it does raise questions. Can an Old Etonian with substantial personal wealth like David Cameron understand ordinary folk? And it also encourages scrutiny of the extraordinary number of OEs in the Tory ranks.

In this age of post-aristocratic politics, that there are more Old Etonians than women in the Tory top team does deserve greater examination. There are 15 OE MPs. 13 Conservatives. Labour and LibDems have one apiece. They represent something like 7% of all Member of Parliament. (Incidentally, in the House of Lords there are more than 80 OEs.) It’s not difficult to say that it’s too many and that representation on the Tory frontbench is disproportionate.

But what’s the cause? Is it favouritism, a Nietzschean will to power, elitism, misplaced deference, connections, some sort of conspiracy or what? In any case, it’s bizarre and possibly worrying. In my next post, I‘ll write about how I think the nature of Eton as a meritocracy and aspirational environment, its ethos and schooling influences students and encourages its former pupils to go into politics.

(This is the first of several posts where I’ll discuss Eton, politics and my experience there. If there’s anything you might want me to cover, do leave a comment and I’ll see if I can squeeze it in. Subsequent posts haven’t been written yet.)