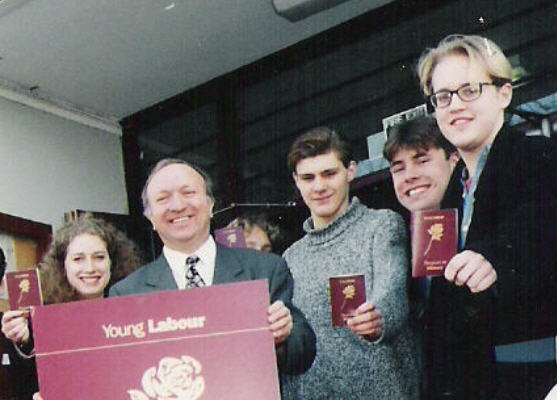 The retiring MP for Brighton Pavilion, David Lepper, is a good man. I’ve told him off about voting for the Digital Economy Bill. Fear not. But he worked hard to get to parliament and there are very few folk who’d say he hasn’t been a great local MP since 1997.

David has been clearing out his office this week and he found this pic. He, rather thoughfully, gave it to me this week: it’s a proper pic on paper and everything. It was taken in a pre-digital age. Neither of us could recall the occasion. But at least it shows I’m not some sort of recent convert to the Labour cause.