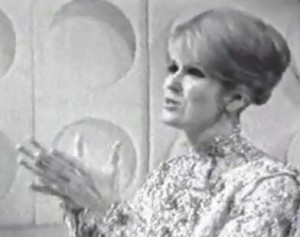 It’s more than a month since the General Election and I have one last post to make in my Election Notes series. I’ve been sitting on it because I was unsure exactly what I wanted to say. I made some notes at the time. This is a verbatim extract from the Sunday after the General Election:

“It’s like being dumped. I’m tired. I’ve cried a couple of times. I’m emotionally drained. I have nothing to do. My routine is broken. I have time on my hands and no desire to do any of the things that need doing. Dazed. A friend said I was making no sense in the pub last night and I hadn’t even started my pint.”

Does it all sound a bit Dusty?:

I remember walking back home at about nine in the morning on May 7 after a glass of wine or two at a fellow activist’s house close to the count at the Brighton Centre. I remember being jeered (yes, we were) by victorious Green supporters awaiting their conquering heroine. But not much else is vivid about the weekend after the General Election.

I wasn’t angry though. And I’m not bitter. Over the course of polling day, I confessed to several friends that I though the Greens would win Brighton Pavilion and I can appreciate the historic significance of Britain’s first Green MP (although I thought the way Caroline Lucas MP compared herself to Keir Hardie in her maiden speech displayed breathtaking audacity).

I also take some heart from the results. What did the Conservatives want from Labour to win an outright national majority? They had Iraq, recession, Gordon Brown and a lack-lustre national campaign from Labour. And yet they still couldn’t win! Cameron couldn’t even match John Major’s 1992 result.

Also, the Greens and the Tories argued that Labour would come third in Brighton Pavilion and we came a very creditable and quite close second. The Green majority of 1200 or so isn’t gargantuan. We were not “rinsed”, as one Green Councillor crowed on Twitter.

The Green victory was well won. They spent a great deal of energy and money on getting this seat. The results across the three Brighton and Hove parliamentary constituencies were good for Labour. Of course, we didn’t win a seat but we did come second to the Tories, with a narrow 500 votes between us, and the Greens overall were fourth after the Liberals. That augurs well for the City Council Elections and also shows we aren’t a spent force.

But what has cheered me most of all has been the determination and energy of activists and party folk. Labour in Brighton has lots to do. And there’s much discussion to be had. And we’re doing it. May 6th changed everything and we’re already responding with ideas and actions. We need radical ideas and action and it was good to get out and about in Portslade yesterday to try some of our new ideas out. Tom French is doing well in the council by-election in St Peter’s and North Laine.

For me, I think one of the most important things that we need to get better at is working with the Green Party. We share many common values and we have common enemies to oppose. Brighton and Hove City Council is a bad council and the small ‘c’ conservative government is starting to show its real colours. In this brave new world of coalitions, I think there is a thirst from voters to see more cooperation and less conflict. I also don’t think the “you had 13 years to sort it out” attack line cuts much mustard when your kids’ school is having its funding slashed.

Everything changed on May 6th. That’s the thing about defeat, I think. You are forced to learn from it. Victory is affirming.

Happy Sussex Day to you all!

Steve Coogan is surplus to requirements.

Ten past ten. The benefits of a northern existence in June.