According to the new Scrabble game on Facebook, Latin is not in the dictionary. Shurely shome mishtake? 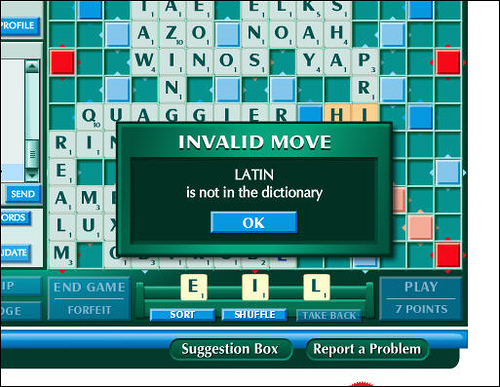