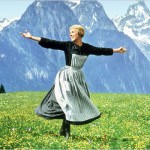 News from the House of Commons. The cross-party performance of “Songs from The Sound of Music” has not been cancelled despite the national outcry regarding MP’s expenses. As Hazel Blears chirped, as she waved a cheque and donned her wimpole at rehearsals: “the show must go on!”

This evening of music will begin with a cross-party chorus, led by Douglas Carswell MP, offering an unconventional version of “How do you solve a problem like The Speaker?” There are hopes that former Speaker and tiller girl Baroness Betty Boothroyd will lead the dance routine and remind us how it was done in the good old days.

Next up, Mr Speaker will sing a solo “Sound of Music” favourite in reply: “I have confidence in me.”* Anyone who has seen the Speaker before will know that Michael’s performance is likely to be unique and spirited (even if he does need a lyrics sheet). Expect an interesting dynamic with the crowd and possible audience participation! In another break from convention, representatives from the Fees Office have kindly agreed to clarify the rules with a team rendition of “Claim Every Mountain.”

Suspended from the Parliamentary Labour Party, Elliot Morley hasn’t been idle! He’s been putting his free time to good use rehearsing his own number! A new interpretation of “Sixteen Going on Seventeen” (grand) about his mortgage overclaim. Regrettably, no member has yet volunteered to sing “So long, farewell…” to the house.

As a swansong, members of the House of Commons will be invited to sing two well-known “Sound of Music” classics en masse. In preparation, members may want to remind themselves of the words to “Dough for me” and “MP’s Favourite Things”:

Dough for Me
Dough for me. More dough for me.
Pay me my outstanding sum!
Fee, a claim to fund myself.
Second homes aren’t cheap to run!
So, my wage ain’t all I’m owed.
The basic barely keeps me fed.
Members all deserve more bread.
That will bring us back to dough.

MP’s Favourite Things
Manure for the roses. The gardener’s wellies.
Nappies and tampons. Some new plasma tellies.
Brown paper envelopes, tied up with strings. These are a few of our favourite things.

A posh flat in London, a bag from Ikea.
The hedge nicely trimmed so the helipad’s clear.
A twenty quid corkscrew and dog food in tins. These are a few of our favourite things.

Toilet roll holders and baskets of flowers.
Crisply pressed trousers and ride-on lawn mowers.
An old house in Hull with some new Tudor beams. These are a few of our favourite things.

When a bulb blows, when the moat floods, when we’re feeling sad.
We rapidly claim for our favourite things and then we don’t feel so bad.

(Repeat: ad nauseum. Until the voters realise we deserve every penny. Or get bored.)

* To be fair, the words to “I have Confidence” don’t really need changing for Speaker Martin. All that much. If indeed, at all.