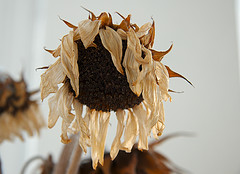 Several people have said to me: “I’m voting Green. I can’t trust any of the main three parties’’

If you’re thinking of voting Green because it’s a fluffy, happy party, I suggest you look a little closer at their policies. It’s not just recycling and renewable energy. It’s an extreme, loony-left programme. Here are some of the policies the Green Party aren’t necessarily talking all that loudly about:

‘Unemployment Benefit’ for all
That’s right, everyone from the prince to the pauper will get a ‘citizen’s income’ sufficient to cover “basic needs”. There will be no compulsion to seek work, indeed the opposite is true: “with no Job Centre to hound them, people can be more choosy about the work they do.” The “Citizen’s income would be paid for by an increase in income tax.” The Greens don’t tell us how much this will cost, but I predict….

Massive Tax Increases
One thing that is striking about the Green Manifesto are massive (and I mean gargantuan) spending plans (1m jobs, new railways, benefits for all) matched by only meagre spending cuts (Trident, defence). They will have to raise the tax take significantly. The Greens are cagey on specifics, confessing only to “progressive taxation and the redistribution of wealth”. I think we can translate that into: great big increases in income tax. And you’d expect that…

The Greens are an Anti-capitalist Party
The Green leader Caroline Lucas is unambiguous about it: “I’m an anti-capitalist” (Guardian, 19/05/09). And the Green manifesto is unambiguous too: “it cannot make sense to depend on economic growth.” But what does that mean practically? Imagine a state of permanent negative or flat growth and what that would mean for you and your family.

The Greens are Anti-Business
Of course, anti-capitalists are also automatically anti-business and the Green manifesto promises greater (even punitive) regulation, and in some cases promise abolition of, many industrial and business sectors including: national banks, supermarkets, nuclear power, big farms, cars, pharmaceuticals, defence manufacture, and internationally owned media companies like Sky to name a few. What would this mean for jobs? Don’t worry though, if you work for one of these industries, the Greens will be creating thousands of new jobs insulating homes… the Greens think your career should be lagging.

So that’s the economics, what about other things? Here are some policies I’ve taken from the manifesto and policy website as being particularly illustrative of aspects of the Green’s rambling and peculiar programme.

“A flaky science agenda that could do real damage*”
Several scientific commentators have noted that the Green policies are extreme and could be damaging to scientific research. Mark Henderson, Science Editor of the Times, notes “a stronger Green representation in the European Parliament could be pretty disastrous for science.” Ben Goldacre calls the Greens ‘morons about science’. Specifically the Greens are against embryonic stem cell research and scientific research involving animal tests. That could mean real difficulties for scientists investigating treatment and cures for HIV, Alzheimer’s or cancer.

For me though, I’m struck by the Green mistrust of technology: “technology is seductive to western society. Institutional and cultural inertia tends to perpetuate technologies even when they are malign. Technology must not only be regulated but also continually reassessed from as longsighted a perspective as possible.” (ST303)
*Quote from Mark Henderson

Thou shalt not…
The Greens want to ban and abolish quite a lot of things that the rest of us might call ‘fun’. Out goes the National Lottery and that would be bad news for thousands of charities. Shooting animals for fun is out too and they promise regulation of angling. Zoos and animals in circuses will be banned. It’s not clear what happens to these wild animals though. Presumably they’ll be encouraged to walk or cycle home, like the rest of us.

The Ministry of Food
The Green policies on food are emblematic of their “nanny state” mentality. We’d all like to eat better, go organic or buy locally. But for thousands of Britons, that’s just not an affordable option. The Greens will make the choice for you. All farms will be forced to “go organic“, factory farming will be abolished, food imports will be more heavily taxed, GM crops will be banned. Small local farms will be favoured over large scale ‘agri-businesses’. It’s the end of cheap food. And yes, there will be a Ministry of Food. The bean burgers are on me!

National Control of Local Speed Limits
The Greens talk a lot about ‘subsidiarity’: that decisions should be made at the lowest reasonable level. Moreover, the Greens continually stress the importance of local decision making. One decision that could presumably be most effectively made locally regards speed limits. But a Green government will decree speed limits nationally. 20mph in built up areas and 55mph will be the top speed limit on any road, including motorways. Slow down!

The Greens and Education
The Green education policies are a great example of conflicting statements and general philosophical incoherence: it’s a mess frankly. On one hand they say there will be no national curriculum and yet other parts of the manifesto require the teaching of archaeology and encourage the teaching of vegetarian and vegan nutrition systems in schools. One policy says the Green education system will provide “essential numeracy and literacy skills” and another document criticises the education system’s concentration on the 3Rs as ‘a product of nineteenth century industrial society’s demand for a numerate and literate workforce.’ (ED110)

And if you were in any doubt about the Green’s statist tendencies, this comment will make you shiver: “Children, in particular, need protection from things which can destroy, frustrate or corrupt their desire to learn. Parents are important educators of their children, but we need to recognise that they do not own their children, and may not always act in their children’s best interests. Like schools, parents may act as inhibitors of learning.” (ED203) Sounds like the Greens think they know what’s better for your children than you do.

The Green Monarchy: ER vs. Errr?
And last and frankly least, the position on the Monarchy is hilariously incomplete: “The constitutional functions of the monarchy should be abolished.” That raises rather more questions than it answers. Does the Queen remain Head of State in a purely ceremonial role? How will the constitution work without a monarch? There is no information on a national elected president or where the stripped powers will reside. And that omission seems remiss in a manifesto that takes the time to note that all pigeon racers will be required to register with their local authority.

Disclosure: I’m a rank and file member of Labour and hold no position or office in the party.
Picture credit: Grahamb