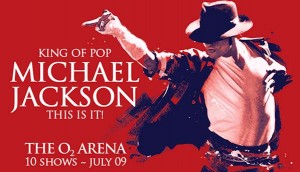 The sudden death of Michael Jackson yesterday raises questions for people who have bought tickets for planned concerts this summer at the O2 arena. I’ve had a few emails from people asking what they should do. Here’s my perspective:

First, don’t panic. You may have spent a great deal of money on a ticket in the secondary market (on a site like eBay, for instance.) In any case, it’s unlikely that you will resolve the problem today. The situation’s still pretty unclear, so be patient with anyone you’re dealing with. There’s a lot of uncertainty.

If you bought your Michael Jackson ticket directly from a ticket agency (and not on eBay), then just contact them and sit tight. Presumably a refund policy will be announced shortly compensating buyers to the full face value of the tickets bought.

If you bought your ticket on eBay, likely for more than the face value of the ticket, your first stop should be the seller you bought the ticket from. I advise sending a polite email to the seller asking whether they will be issuing refunds for the amount you paid for the ticket. I’d expect that most reputable sellers will honour a refund for a concert that isn’t going ahead. They in turn (I assume) will be in a position to claim a refund from the promoter in due course. Be patient. The situation for sellers is unclear and chances are that they’ll have to shell out before they’re refunded.

If you bought your Michael Jackson tickets from an eBay seller in the last 45 days and paid by PayPal, then you can initiate the refund process on PayPal. To file a dispute, find out how to do that here. Personally, unless your 45 day limit is imminent I’d probably hold off this course until you’ve emailed the seller in the first instance.

If you funded your PayPal payment for tickets using a Credit Card and are unable to get a refund via PayPal, don’t forget that you are able to initiate a ‘chargeback’. To get going, you’ll need to contact your Credit Card provider.

If you paid an eBay seller directly by Credit Card (not via PayPal) for Michael Jackson tickets then you can also initiate a chargeback with your Credit Card provider. Contact them directly for advice on how to do that: the process varies.

eBay have published some information and plan to make a further announcement, so it will be worth keeping an eye on their Announcement Board. I’ll also update this post with any further information as and when it’s provided.

Update 27/06/09:
eBay have announced that “eBay is committed to ensuring that no buyer is left out of pocket as a result of the unique nature of the event, and will ensure all buyers on the site can receive a full refund for their ticket purchase.” This would indicate that they will be bending their rules to ensure that all Michael Jackson Ticket buyers will be refunded. So best advice is to enjoy the weekend and see what eBay have to say on monday.