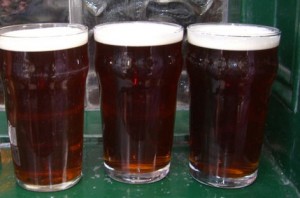 Last week the Argus ran a front page piece about the number of places in town that sell alcohol: “Booze Brighton has one bar for every 84 households”

I think The Argus missed the point. This is a resort city with two universities and that, combined with a native population that I venture likes a good time more than most, is going to have a lot of licensed premises. But that doesn’t in itself mean a drink problem. As the Church of England will attest, having more outlets doesn’t necessarily mean more punters.

There are lots of things I like about the 2003 Licensing Act that liberalised the rules. I think being able to have a pint in a pub post 11pm is a good thing. I think having off licences open earlier and later in the day is very convenient. That said, I’m not sure we need 24 hour booze shops and bars that open all night. There is also a case to say that we have too many off licenses now and also it’s worth recognising that the Council doesn’t have the powers it needs to regulate licensed premises.

But it’s not the number of premises that should be front of mind. We also need to think about price. Here’s an example: I checked out the drink in a local off licensed premises and was astonished to find I could buy 3 litres of strong cider for £2.99. This bottle clocks in at 16.3 units. That means that for around about a fiver I can buy my entire weekly government recommended unitage (3/4 units a day for a chap) for somewhere close to a fiver.

That just can’t be right. But what to do? Because I like a drink myself, I can’t get preachy about drinking less. Equally, whilst I can see the value in a minimum price per unit scheme, it is regressive, will hit the poor hardest and probably won’t touch well off folk who are part of the ‘problem’. It is also hardly fair that responsible drinkers should pay more. However, it does seem to be an answer.

And yet there is the paradox at the centre of the discussion. This country is drinking more than ever before and yet pubs are shutting at an alarming rate. If I like a beer, I like pubs more. In my local pub a pint of premium strongish draught cider of the Magners or Bulmers variety will set me back £3.50. It strikes me that part of sorting the drinking culture problem is getting people back into the pub. Pubs are, to some extent, a regulated environment where social norms and a responsible staff can limit massive consumption. “Sorry mate, you’ve had enough.”

A well-run pub is a joy. And, more often than not, a pub is a valuable and considerate member of its community. So that’s why they must be part of the solution and not forgotten or penalised as we consider the issues. They don’t peddle cheap booze. In fact it’s comparatively very expensive when you consider supermarkets and corner shops. We should concoct clever ways of bringing down the price of real ales and favour proper British beverages, for instance. Also, why are soft drinks so bloody expensive in pubs? We also need to give publicans more rights over greedy pub chains that limit choices. And yes, unreasonably noisy and unruly pubs should be treated harshly.

But only when pubs can compete as the face of ‘social drinking’ can we adequately tackle £2.99 3 litre bottles of strong cider and what we should consider as ‘anti-social’ drinking.