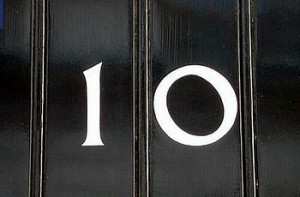 The resignation of Rebekah Brooks was inevitable. That Sir Paul Stephenson has resigned too, on the same day as Brooks’ arrest, is remarkable. Surely David Cameron is next in line. I’ve been saying it on Twitter and down the boozer for at least a week. Tonight, even Iain Dale thinks it’s a possibility, having previously dismissed the idea as preposterous. A Telegraph columnist is thinking it too.

Let’s be clear: I think #hackgate could bring down David Cameron. And if he goes, I can’t really see how the Coalition persists. There would have to be a general election. Not least because the Tories want those Liberal seats they would inevitably gain.

Did anyone ever believe that the flimsy Coalition government had the scaffolding to last five years? Most Tories never wanted an arranged marriage of inconvenience. Not really. For the first year of the Conservative-led coalition, I suspect that Cameron has been, half-heartedly, dismissing those fusty grandees telling him to force the hands of the Liberals.

“Give Cable or Huhne a reason to resign on a point of principle”, I imagined a desiccated Tory saying over a big brandy. “Make them murder this coalition and let’s go to the country and get a Conservative mandate and destroy the LibDems while we’re at it.” They like shooting things, these Tories. They also like metaphors almost as much as me. “Let’s kill two birds with one stone.” Pull!

And until #hackgate came along, there was a strong case for a snap election from a Conservative perspective. A general election in May or June this year would have delivered a majority Conservative government. The Liberals would have been eliminated and the Tories would have taken the majority of their commons seats. Clegg would almost certainly have lost Sheffield Hallam.

Labour would not have made amazing gains in that poll. Labour has been weak for too long. Ed Miliband was still wearing armbands and dipping his toes in the little pool until a few weeks ago. But that’s not true anymore. He’s dog-paddling now (without great skill but decided determination) towards the deep end. The Tories would not barnstorm an election, if it was held this Thursday. But Cameron is at least a strong swimmer, with badges sewn on to his trunks and everything.

Cameron’s pathological lack of substance has been revealed but that isn’t because of Miliband. Cameron looks like he’s made bad decisions and he has yet to seize the initiative or offer a plausible explanation. I think most right-thinking folk could have told him this at the time: he should never have hired Andy Coulson.

Miliband’s next target must be David Cameron. Forget Murdochs various as the bogeymen. Tom Watson and Nick Davies are doing that bit better. Do what has to be done by any Leader of the Opposition: attack the Prime Minister and the government. And keep attacking. And after the attack. Do it again. And again. And just for good measure, keep attacking.

We need to know what David Cameron’s knowledge of Andy Coulson’s involvement phone hacking was. Until we know that, we can’t call for Cameron’s resignation. But I can’t help think the Prime Minister is incredibly vulnerable. And possibly still holding the smoking gun.

There are only two well-worn questions that Ed Miliband needs to keep asking:

“What did the Prime Minister know? And when did he know it?”