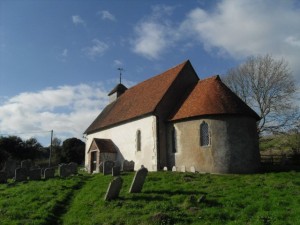 Last year, I developed two interests that this year I must blog about. Both are of a historical and architectural bent and both are related to my pleasure in “Sunday outings” and my hope to travel more widely within the British isles.

One is an interest in British Piers, which saw me join the National Piers Society and travel in Sussex and East Anglia last year for some pier spotting. And I’ll write all about that another time. My other burgeoning interest is in Sussex churches.

Often at weekends my mum and I (henceforth known as Parker because she does the driving) like to venture out into the stunning Sussex countryside to visit somewhere “of interest”. Over the years we’ve exhausted pretty much all the National Trust has to offer locally and because we need some sort of purpose aside from lunch, an amble and a general nosey off the beaten track, we turned to churches. They have the merit of being somewhere to aim for, free to get in to and most usually fascinating.

This may seem like an unusual passion for a secularist and atheist but for me the churches of Sussex offer a particular lens on the history of our county. The most obvious point is that they represent our oldest buildings. They also highlight Sussex’s rather unusual relationship with Christianity.

Aside from the Isle of Wight, Sussex was the last place in the British Isles to be converted, at some point in the late 7th century. Despite our relative proximity to Canterbury, the gospel was better known in remote islands off Scotland and Ireland before the missionaries of St Augustine penetrated the dense woodland of the Weald. It also speaks to Sussex’s relative unimportance, poverty into the 19th century too and that it remains the most wooded county in Britain.

As a result, here in Sussex we have relatively few Saxon churches and very few great religious houses, and most of our Church heritage is post-Conquest. So, for me, the Saxon churches we have are rather special and fascinating because they represent some of the few physical links with the South Saxon people who give us the name Sussex.

That’s not to say that I don’t appreciate newer churches, I do. With the able guidance of Niklaus Pevsner I am gradually building a little knowledge of architectural terminology. I can now tell my piscina from my architrave. But I must confess that the ancient delights me most.

I’ve already compiled a gallery of the various Sussex churches I’ve been too in 2012 and will be developing that 2013. But I have dragged my heels in offering written commentaries and reflections so far. And I’ll start adding those over the next few weeks.